With our arrival in South Devon this autumn I appear to have started off working as a spar maker – just for now at any rate.

Getting established as a boatbuilder when you don’t have a lot of local contacts has it’s own challenges, of which more later, but to get off the mark down here (work wise) I recently undertook some mast repairs to a Harrison Butler Askadil design called ‘Naida’, which was built in Essex during 1939. The mast was of interesting, if fairy basic construction. A 40′ pole had been split, the pith (and a bit more stock besides) scooped out to form a 2″ diameter hollow and the two sides glued back together. The pole was then shaped up to form a pear section, tapering above the upper spreaders – with a rectangular stock drilled for tabernacle mounting on 1″ bolts. On exploratory dissection it was clear that the glue used was an early Urea Formaldehyde (more recently known in the UK as Cascamite, Polymite etc etc..) presumably recently available from the aircraft industry. It had done remarkably well in the intervening 70 or so years – with nearly all of the glue lines in the areas that I had to dissect still being much stronger than the surrounding wood.

Despite the success of the glued construction the mast had spent a few years lying on the floor at the back of a shed in Latham’s Yard and was now in sorry condition. There was a significant section of rot and worm infestation to be cut out and replaced just below mid height. In addition, detailed investigation (with a table saw) showed that there was rot at the gooseneck. At this point the owner decided that it made sense to replace the whole lower half of the mast.

Douglas Fir was sourced from John Moody (just down the road), prepared in the workshop, and shipped up to the barn where Naida is being restored outside Yeovil. One of the major costs of getting a new 40′ spar is the transportation. Moving a (new) 40′ mast would have been expensive. Moving the 22′ lengths of timber needed for the mast repairs (on top of the trusty Picasso) was merely a challenge! 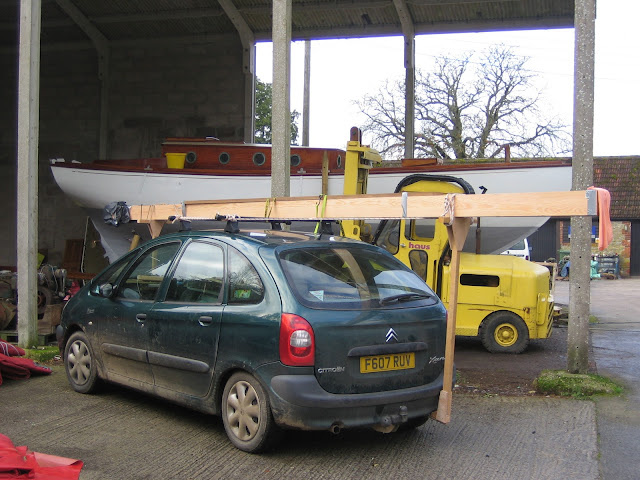 With the new stock on site I set too and machined up the scarphs. This was straightforward for the rectangular stock that I had brought up but machining scarphs on an irregular pear shaped spar was fun. A power planer does most of the work of course but a router down the ramp was needed to trim up the faying surfaces before gluing up. 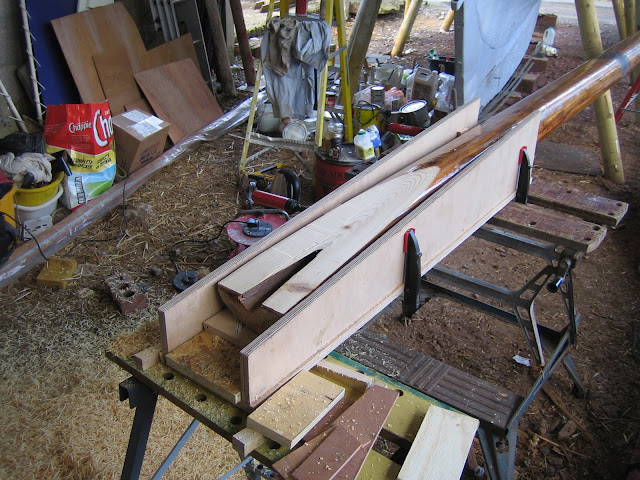 Resourcinol is the glue of choice for this sort of work, Aerodux 500 in this case. Clamping pressure is hard to get when you need nearly a newton of pressure per square milimetre of surface area! Clamps, clamps, more clamps and improvised wooden clamps – and a tent with fan heater overnight were all needed overnight to get the glue to go off and allow fairing the next day. 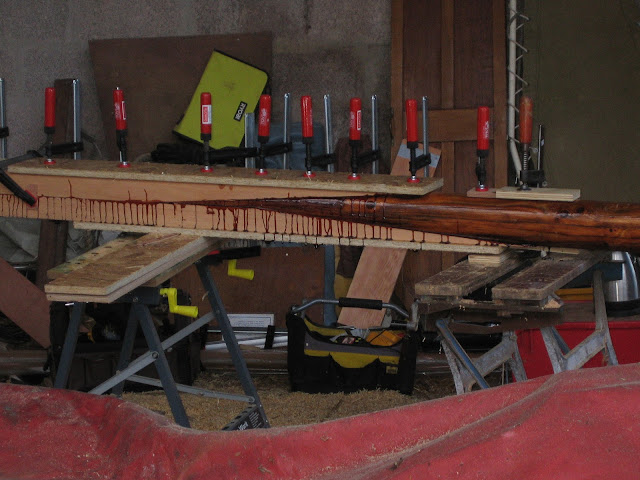 The fairing process was interesting too. Using a spar gauge does not, of course, give the right result. Fortunately, the length of spar that I was replacing was parallel sided (apart from the stock) so I made up a section template, marked up a number of tangential chords, scribed them on the rectangular stock with a marking gauge and power planed to the lines. Once there I had to resort to spiral planing by hand to get of the flats and used a rhino hide strop to remove the plane marks. With the mast track back on, the stock faired into the mast shaft and the tabernacle bolt holes drilled my part of the job was done. 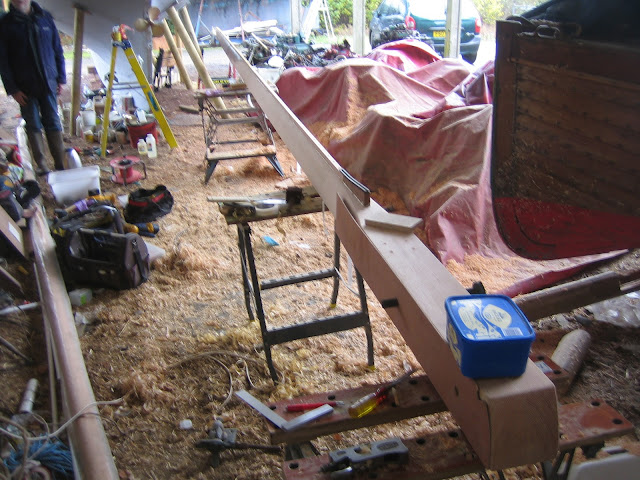 Richard, Naida’s owner, who is making a great job of restoring her, will take on the varnishing and re-instatement of mast fittings. 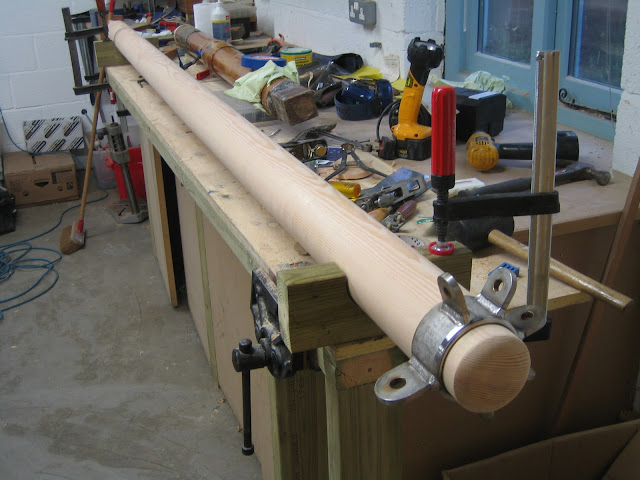 After the bowsprit it was an extension to Mat Ali’s boom (5″ section). This latter, with a single feather scarph over 1.5m long, needed a new 12:1 scarph box. 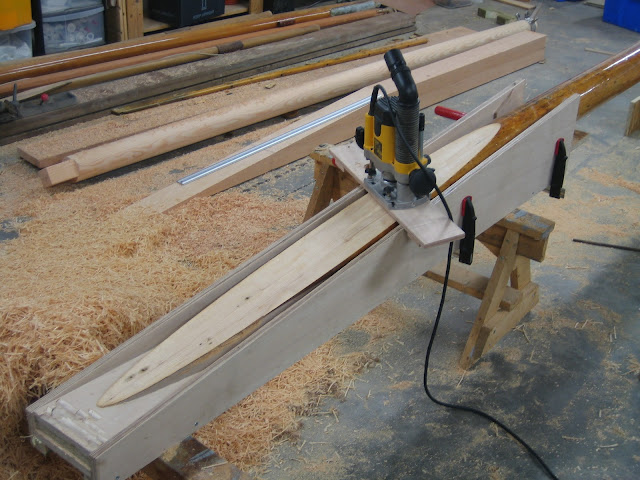 I think that it’s probably now time to do something other than spar making. If not I’ll find myself dreaming about spar planes and ways to power sand a pear shaped mast fair.