If you want to know a bit more about Drascombes then the Wikipedia entry is a good place to start.

A potential client approached me in Autumn 2010 asking if it was possible to build a wooden version of a Drascombe Scaffie. After a bit of digging about it was clear that what he wanted was a Drascombe Peterboat. There are significant differences between a Peterboat and a Scaffie but they are both double enders, 4.5m long (although Peterboats can also be longer) and they share a common rig.

Following negotiations on the normal points (like money and spec) and discussions with Kate Watkinson to confirm that the plans would be available I got the client signed up for the project and started work in December 2010.

By early March 2011, with the worst of the winter over, the boat is ready for fairing and fettling. 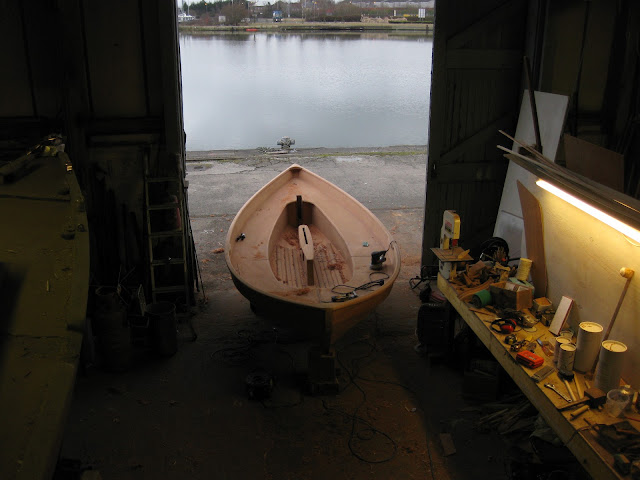 By the end of March she is ready for collection. 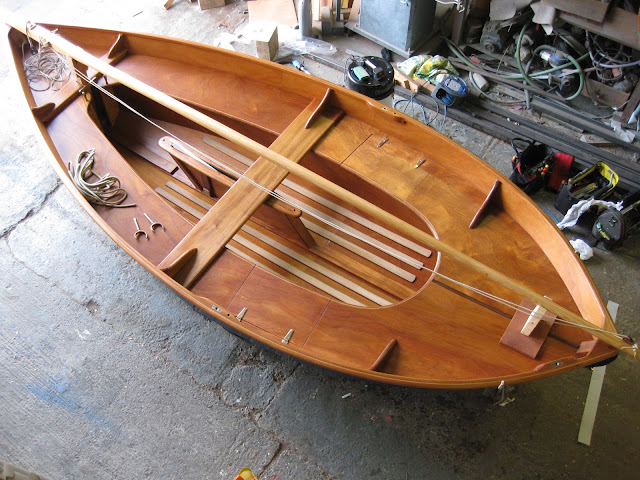 Some of the build photos are available as a Slideshow.