The majority of the structural problems that had to be addressed were consequences of the ingress of rainwater at or just below deck level.  Below the waterline Fortuna II was, rather surprisingly, sound.

As I started to take soft planking off the scale of the framing problems started to become apparent.

The deck step was the largest single problem.  It had clearly been giving problems for years and showed evidence of numerous interventions.

Hull repairs carried out were to:

The forward end of the sheer strake, rather surprisingly, didn’t need steam.

Below the waterline I/we

Not much left of the keel bolts 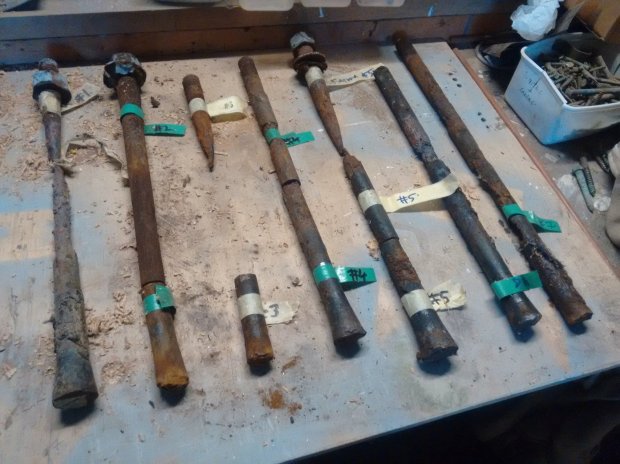 After structural repairs  were complete the plank seams were raked out and the complete boat was re-caulked.  The hull was then splined above the waterline and puttied below the waterline. 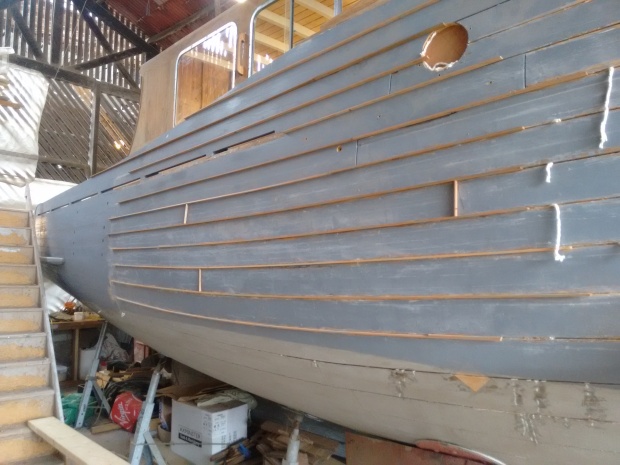 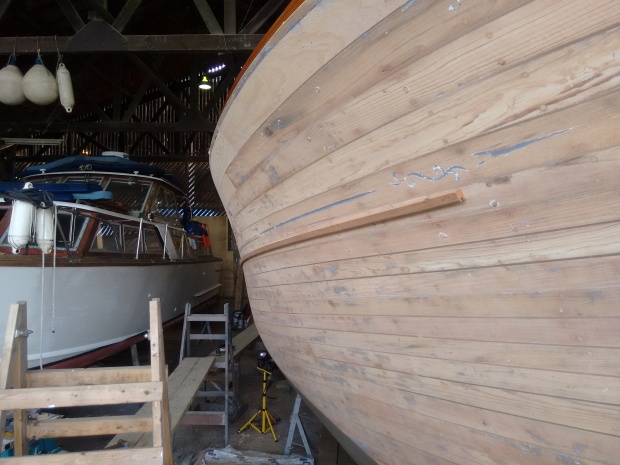 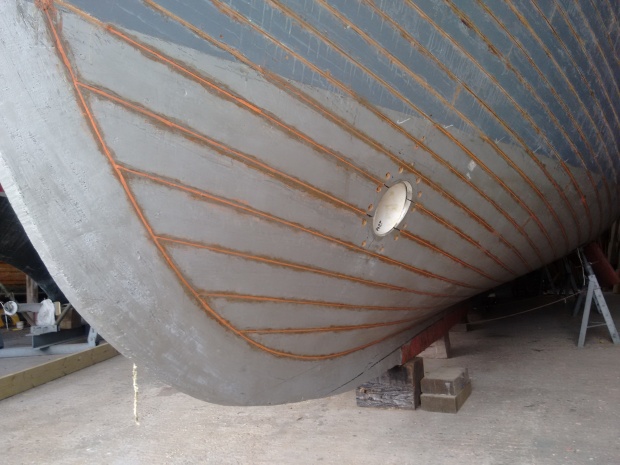